Didau's key premise is that knowledge and cognitive skills are not hierarchical (as suggested by the normal representation of [blooms-taxonomy] as stacked triangles) but in fact reinforce each other in a cyclical way. 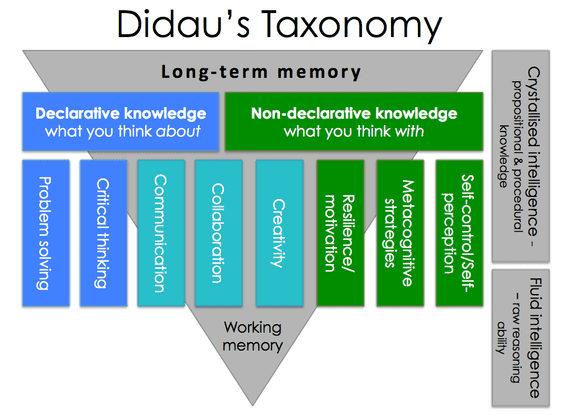 Unless otherwise noted all content on this site is (c) copyright Julian Elve 2020 onwards, released under a Creative Commons Attribution-NonCommercial-ShareAlike 4.0 International licence.